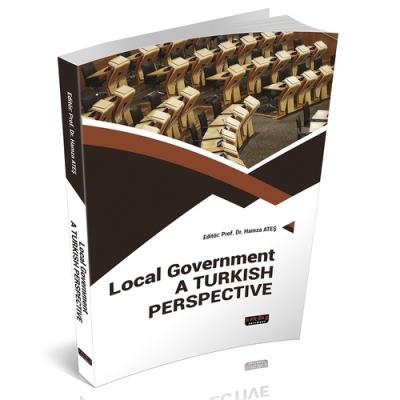 INTRODUCTION
Local government is the smallest unit of administration in any political system. It is a system of government that fosters democracy, as it engenders greater participation of the people in the process of government. It also refers to specific institutions or entities created by legislation of central government to deliver a range of specified services which have “common” and “local” character to a relatively small geographically defined area. Local governance is a broader concept and is defined as the formulation and execution of collective action at the local level. The main objective of a local government authority is not only to provide certain local public services to their residents, but also to encourage democratic participation and civic dialogue, to improve the life and liberty of residents, to support sustainable local development, and thus to enhance the quality of life of residents.

Local authorities are one of the main actors in this context of public sector reform. The different political and administrative reforms of local governments during the last decades were implemented with regard to their positive consequences for the goals of service efficiency, democratic governance and inclusive public management.

Local government reforms are on the agenda in both Western and non-Western democracies. In Western democracies, systems of checks and balances built into government structures have formed the core of good governance. Yet, many of Western European countries have struggled to reform their governance systems towards further broadening the scope and functions of their local authorities since the 1960s. These efforts have gained impetus in 1980s, 1990s and early 2000s while post-communist Central Europe have joined their Western neighbors to empower local government and to decentralize their public service provision systems since 1990s. The more centralized states such as France implemented additional layers of government in order to facilitate the coordination between center and periphery while the more decentralized states delegated more competencies to the lower levels in order to optimize the service delivery function of local government.

In other parts of the world, there is a similar trend of decentralization, increasing the share of local public services within the national budget and empowering local authorities. For instance, government structures have been transformed in a large number of East Asian and African countries, in parallel with the wave of democratization. Although most East Asian countries were highly centralized before 1990s; today an increasing number of local public services are delivered by subnational /local governments.

Many developing countries, however, continue to suffer from unsatisfactory and often dysfunctional governance systems that include rent-seeking and malfeasance, inappropriate allocation of resources, inefficient revenue systems, and weak delivery of vital public services. Such poor governance leads to unwelcome outcomes for access to public services by the poor and other disadvantaged members of the society, such as women, children, and minorities.

To sum up, there is a strong trend around the globe to decentralize decision-making system of the governments and to provide a larger place for local governments. With the motivations of democratization, globalization and the information revolution trends, local government has become a key actor in implementing public policies and providing local services to local communities.

This book introduces basic concepts and offers you the tools to understand the notion of local government and to evaluate how decentralisation works in a particular context. I hope this book will be of interest to public officials and those interested in public governance as well as students of social sciences including public administration, local government, political science and sociology.